A trademark is any recognizable sign, design, expression or other “device” (or any combination of the forgoing) that identifies products or services of a particular source from those of others.  Since the essential function of a trademark is to exclusively identify the commercial source or origin of products or services, a trademark serves as a “badge of origin.”  Trademarks, and the goodwill they represent, are intangible assets and can be enormously valuable to the companies that own them. 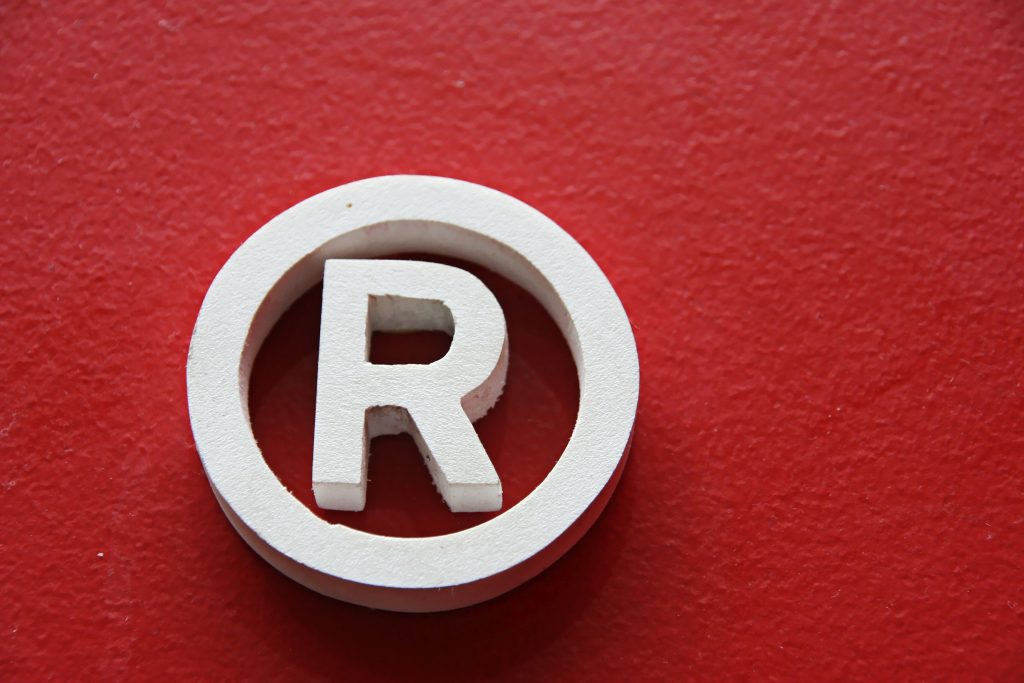 Generally, trademark rights accrue with use of the actual mark; as such, they are rightfully owned by the party first using it for the respective goods and/or services. This principle has long been recognized at common law and is often referred to as “superior rights.”

Since trademark rights accrue with use as a matter of common law and are statutorily recognized under the federal Lanham Trademark Act, see, e.g., 15 U.S.C. §1125 (civil liability for false designations of origin, importation, false descriptions, and dilution of marks), one may question why time and expense should be expended towards registering a mark with the United States Patent and Trademark Office (the “USPTO”).  In short, registration of a trademark with the USPTO confers substantial benefits and legal presumptions under the law, as specifically set forth in the Lanham Act.

While registration is not required to maintain ownership in a trademark, the benefits conferred by federal registration are numerous and significant – so much so that registration alone increases the value of the trademark, in addition to the goodwill it represents, thereby increasing its value as an asset of the business.

While there are differences between the Principal and Supplemental Registers of the USPTO – a topic that I will address in at least one future post – registration of trademarks and service marks with the USPTO generally confers the following benefits (among others) to the registrant of the mark:

Taking a cue from the U.S. Supreme Court, on December 15, 2017, the U.S. Court of Appeals for the Federal Circuit (the “CAFC”) issued a precedential ruling in In re: Erik Brunetti, No. 2015-1109 (“Brunetti”), holding that the United States Patent and Trademark Office (the “USPTO”) may not constitutionally refuse to register a scandalous or immoral trademark under Section 2(a) of the Lanham Trademark Act, 15 U.S.C. §1052(a) (“§2(a)”).  Section 2(a) of the Lanham Act provides that the USPTO may refuse to register a trademark that “[c]onsists of or comprises immoral, deceptive, or scandalous matter; or matter which may disparage or falsely suggest a connection with persons, living or dead, institutions, beliefs, or national symbols, or bring them into contempt or disrepute . . . .” 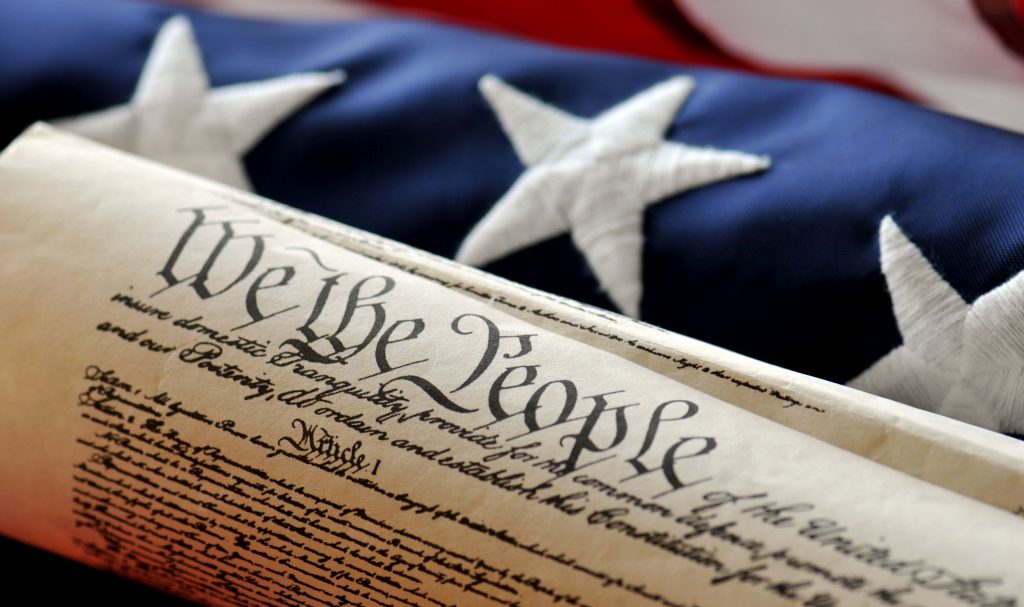 Previously, on June 19, 2017, in Matal v. Tam, 137 S.Ct. 1744 (2017) (“Tam”), the Supreme Court unanimously held that trademarks are private, not government, speech, and in two separate opinions authored by Justice Alito and Justice Kennedy, the Court concluded that the bar on the registration of disparaging marks under §2(a) discriminated based on viewpoint.  The Court explained in Tam that the disparagement provision of §2(a) “offends a bedrock First Amendment principle: Speech may not be banned on the ground that it expresses ideas that offend.” Id. at 1751 (Alito, J.); accord id. at 1766 (Kennedy, J.).

In Tam, as I reported in an article published on LinkedIn on June 21, 2017, U.S. Supreme Court: Disparagement Clause of Lanham Act Violates First Amendment, a dance-rock band had sought federal trademark registration of the band’s name, “The Slants” – a derogatory term for persons of Asian descent. Simon Tam, the lead singer of “The Slants,” chose the name for the band – of which all of the members are Asian-Americans – on the basis that by taking that slur as the name of their group, the band will help to “reclaim” the term and drain its denigrating force.  Mr. Tam sought federal registration of “THE SLANTS,” on the Principal Register of the USPTO, but his application was rejected by the examining attorney on the basis that “there is . . . a substantial composite of persons who find the term in the applied-for mark offensive.”  The U.S. Supreme Court disagreed with the USPTO and sided with Mr. Tam, holding that the disparagement clause of the Lanham Act, §2(a), violates the Free Speech Clause of the First Amendment and is therefore unconstitutional.

“There are words and images that we do not wish to be confronted with, not as art, nor in the marketplace. The First Amendment, however, protects private expression, even private expression which is offensive to a substantial composite of the general public. The government has offered no substantial government interest for policing offensive speech in the context of a registration program such as the one at issue in this case.”

In Brunetti, the applicant sought to register the mark FUCT, but the examining attorney at USPTO refused registration on the basis that the applied-for mark comprises immoral or scandalous matter under §2(a).  The Trademark Trial and Appeal Board (the “TTAB”) upheld the ruling, holding that the mark is unregistrable.  Mr. Brunetti appealed.

The CAFC concluded that the applied-for mark is indeed vulgar and therefore scandalous (the USPTO “may prove scandalousness by establishing that a mark is ‘vulgar.’ Vulgar marks are ‘lacking in taste, indelicate, [and] morally crude . . . .’”) (citations omitted; see the Court’s opinion for a full analysis). However, under Tam, the CAFC further concluded that §2(a)’s bar on registering immoral or scandalous marks is an unconstitutional restriction of free speech and reversed the TTAB’s holding that Mr. Brunetti’s mark is unregistrable.

The Court’s conclusion is worth noting for its discourse as to the rights protected under the First Amendment:

The trademark at issue is vulgar. And the government included an appendix in its briefing to the court which contains numerous highly offensive, even shocking, images and words for which individuals have sought trademark registration. Many of the marks rejected under §2(a)’s bar on immoral or scandalous marks, including the marks discussed in this opinion, are lewd, crass, or even disturbing. We find the use of such marks in commerce discomforting, and are not eager to see a proliferation of such marks in the marketplace. There are, however, a cadre of similarly offensive images and words that have secured copyright registration by the government. There are countless songs with vulgar lyrics, blasphemous images, scandalous books and paintings, all of which are protected under federal law. No doubt many works registered with the Copyright Office offend a substantial composite of the general public. There are words and images that we do not wish to be confronted with, not as art, nor in the marketplace. The First Amendment, however, protects private expression, even private expression which is offensive to a substantial composite of the general public. The government has offered no substantial government interest for policing offensive speech in the context of a registration program such as the one at issue in this case.

For decades, the USPTO has refused registration of vulgar words and marks under §2(a). One can only imagine the number of applications that will likely flood the USPTO filing system in the weeks and months to come as parties whose applications incorporating vulgar and lewd terms that were previously rejected will seek vindication under the banner of the First Amendment’s sacrosanct protection of freedom of speech.