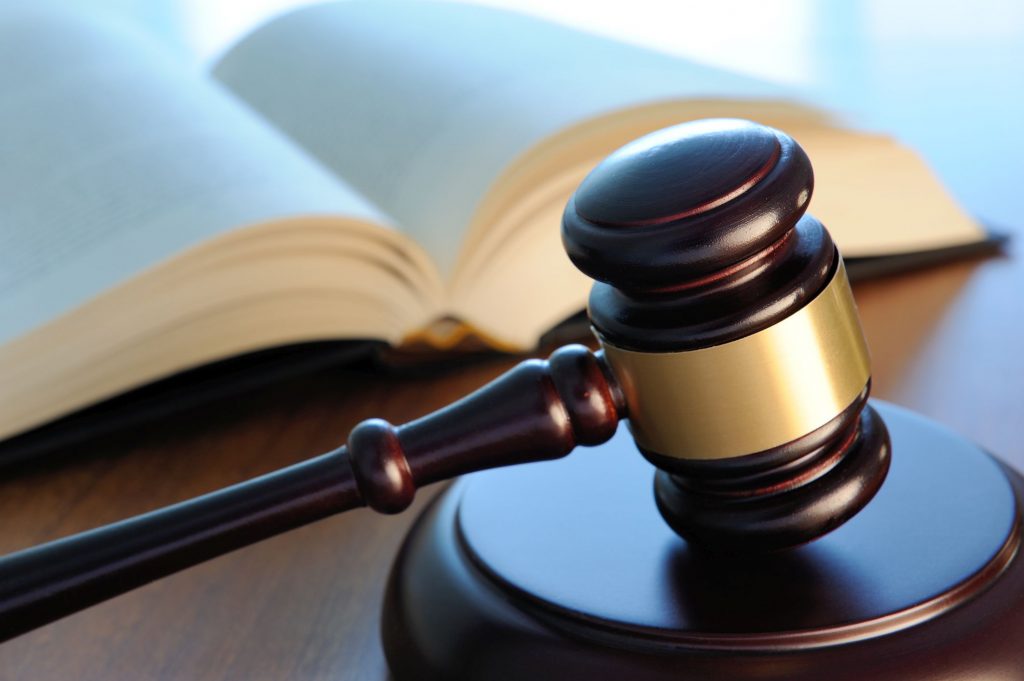 The U.S. Supreme Court heard oral argument on November 27, 2017 in the significant patent matter, Oil States Energy Services, LLC v. Greene’s Energy Group, LLC, et al, No. 16-7212.  The issue before the Court in Oil States is whether inter partes review – an adversarial process used by the U.S. Patent and Trademark Office (the “USPTO”) to analyze the validity of existing patents – violates the Constitution by extinguishing private property rights through a non-Article III forum without a jury.

With the passage of the Leahy-Smith America Invents Act (the “AIA”) in 2011, Congress established inter partes review, an administrative proceeding which effectively allows private third parties to remove patent infringement and validity cases from Article III federal courts and transfer them to the USPTO’s Patent Trial and Appeal Board (the “PTAB”), an administrative agency within the executive branch. Inter partes reviews are essentially “trial proceedings” presided over by PTAB “judges,” who serve for no particular term, who depend on superior executive officers for raises and promotions, and who ultimately answer to a political appointee of the President, the Director of the USPTO.

Does inter partes review – an adversarial process used by the U.S. Patent and Trademark Office (the “USPTO”) to analyze the validity of existing patents – violate the Constitution by extinguishing private property rights through a non-Article III forum without a jury?  That is the issue before the Supreme Court in Oil States.

Like litigation, inter partes review begins with the filing of a petition – almost always by an alleged patent infringer – that asks the PTAB to invalidate a patent on the ground that it was anticipated by or rendered obvious in view of identified prior art. 35 U.S.C. §311(b).  The petitioner and patent owner then participate in an adversarial proceeding before the PTAB expressly referred to as a “trial.” See Office Patent Trial Practice Guide, 77 Fed. Reg. 48,756, 48,758 (Aug. 14, 2012) (codified at 37 C.F.R. §42).  As with patent infringement litigation in federal court, the parties take discovery, engage in motion practice regarding evidence, and cross-examine fact and expert witnesses via depositions. See id. at 48,757-48,768.  Indeed, many of the procedural rules that govern the inter partes proceedings are based expressly on the Federal Rules of Civil Procedure.  As such, through the patent review authority inherent in inter partes proceedings, Congress vested in the PTAB – for the first time – the authority to extinguish patent rights after adjudicating a litigation-like adversarial proceeding between the patent owner and a third party. See 35 U.S.C. §§ 311(a) & 318(a).

Over the last several years, the PTAB has more than tripled in size in large part due to the establishment of inter partes reviews.  In fact, the PTAB has received thousands of petitions since passage of the AIA.  Currently, more than 200 judges serve on the Board and the vast majority – more than 80 percent – is comprised of former patent attorneys with extensive experience in patent litigation.

The underlying facts in Oil States clearly demonstrate the need for the Supreme Court to address the question on review.

Petitioner Oil States Energy Services, LLC (“Oil States”), an industry leader in providing support and service equipment to the global oil and gas industry, owns U.S. Pat. No. 6,179,053 (the ’053 Patent), which is directed towards apparatuses and methods of protecting wellhead equipment from the pressures and abrasion involved in the hydraulic fracturing of oil wells. In 2012, Oil States filed an infringement suit against Greene’s Energy Group, LLC (“Greene’s”).  In response, Greene’s filed an answer, asserting the affirmative defense and counterclaim of invalidity.  Almost a year into the infringement litigation, as the case neared the close of discovery, Greene’s petitioned the PTAB to institute inter partes review of the ‘053 Patent, arguing – as it was arguing in the district court litigation – that the ’053 Patent was anticipated by prior art, i.e., a previous patent application filed by the same inventor of the ’053 Patent, an employee of Oil States.  Over Oil States’ opposition, the PTAB granted Greene’s petition, thereby instituting inter partes review of the ’053 Patent.

After the PTAB granted Greene’s petition, the district court issued its claim construction decision in the underlying civil infringement litigation, construing the terms of the ’053 Patent in a way that (as Greene’s conceded) conclusively resolved against Greene’s position that the prior application anticipated the ’053 Patent – the same argument advanced by Greene’s in its inter partes review petition.

As the inter partes review proceeding continued in parallel with the federal court litigation, Oil States argued that the Board should adopt the same claim constructions as the district court, but the PTAB refused to do so.  While acknowledging that the district court came to a different conclusion, the PTAB nevertheless held that the ‘053 Patent was anticipated by the previous patent application.  As a result, the PTAB concluded that the claims were “unpatentable,” denied Oil States’ application to amend its claims, and instead invalidated the claims of the ‘053 Patent.

Oil States appealed the Board’s final judgment to the Federal Circuit, challenging both the merits of the Board’s decision and the constitutionality of inter partes review under Article III and the Seventh Amendment.  Before briefing closed, however, the Federal Circuit issued its decision in MCM Portfolio LLC v. Hewlett-Packard Co., 812 F.3d 1284 (Fed. Cir. 2015), which rejected the same challenges to the constitutionality of inter partes review, and thereby foreclosed Oil States’ Article III and Seventh Amendment arguments.

After Oil States filed a petition for writ of certiorari, the Supreme Court agreed to hear the matter. The case has been fully briefed and oral argument was held on November 27, 2017.  Oil States’ argument is summarized as follows:

Congress may not remove cases from the federal courts because it does not like their judgments. As this Court has long held, “Congress may not ‘withdraw from judicial cognizance any matter which, from its nature, is the subject of a suit at the common law, or in equity, or admiralty.’” Stern v. Marshall, 564 U.S. 462, 484 (2011) (quoting Murray’s Lessee v. Hoboken Land & Improvement Co., 18 How. 272, 284 (1855)). That is just what Congress has done with inter partes review, which wrests patent-validity cases from federal courts and entrusts them to administrative-agency employees, who decide questions of law that Article III reserves to judges and questions of fact that the Seventh Amendment reserves to juries. Neither Article III nor the Seventh Amendment tolerates this circumvention.

Oil States presents the Supreme Court with a critical issue requiring resolution.  The number of patents invalidated by the PTAB is staggering – for example,  one report states that at least 84 percent of patents reaching a final written decision in a PTAB validity challenge are adjudicated to have at least one invalid claim (usually many more than one claim), with 69 percent having all claims invalid.  These rates of invalidity are far greater than those adjudicated in the federal courts.  More importantly, if patents are a private property right – long held as such under our nation’s jurisprudence – then the constitutionality of inter partes proceedings in which third parties may extinguish those rights before an executive branch administrative body comprised of political appointments is troublesome.

The use of PTAB inter partes proceedings as a means of circumventing the judicial process to invalidate patents is controversial and has divided corporate America and individual inventors.  See, e.g., Wall Street Journal article “Supreme Court Debates a Patent Case That Is Splitting Corporate America,” November 27, 2017.  While the intent of the AIA’s inter partes provision was to allow patents of questionable quality challenged in a faster, more efficient manner, the process has opened to abuse – a victory for a patent holder in the PTAB may be immediately followed by yet another petition from another third party seeking to invalidate the same patent.  Ask Josh Malone, inventor of “Bunch of Balloons,” who has spent more than $17 million in legal fees fighting invalidity challenges before the USPTO from several alleged infringers.

As intellectual property rights continue to increase in importance as technology advances, guidance is needed from the highest court in the land.